When we hear someone say the words “Italian cuisine” the two things that come to mind are pasta and pasta sauce. This also conjures up imagery of plump Italian tomatoes. Tomatoes that are hand-picked and cooked with care and then used in a recipe passed down through many generations. Well, we have something shocking to admit. Are you sitting down? Good. The glorious tomato – the staple of Italian pasta sauce –  has a much different story to tell and it starts in South America! Wait. What?!

Originating in Peru of all places, tomatoes were first brought to Europe by Spanish Conquistadors in the middle of the 1500’s. At the time, the mystery fruit was called “tomatl” in Spanish. As far as we know, the first recorded Italian eye-witness account of what was later known as a tomato is from Tuscany in 1548. In that account, the fruit was surprisingly compared with an eggplant. The Italian name for this new edible item was “pomidoro,” which roughly translates to golden fruits or golden apple. Even more shockingly, most Italians considered tomatoes “too exotic” for hundreds of years. Needless to say, its rise in status was not a quick one.

The Advent of a Culinary Magnificence

Flash forward more than 200 years and we have an early recipe for Italian tomato sauce with pasta (finally!). Francesco Leonardi, a Roman chef who lived in the late 1700’s created this gift to humanity. He wrote about his Italian tomato sauce in 1790 in the cookbook L’Apicio Moderno.

Without knowing it, Francesco had just struck culinary gold. Yet, even after his monumental achievement, a majority of tomato-based Italian pasta sauces that we love today didn’t become popular until the 19th century. That’s more than 300 years after the tomato’s European introduction. Fun fact: the earliest known “spaghetti in tomato sauce” recipe that has ever been found is dated from 1844.

The Legend is Born

Historians have theories about why Italian tomato sauce hit its stride in the 19th and 20th century. The top theories are related to immigration and the industrial revolution! New innovations like industrialized food canning meant that perishable foods like tomatoes could be shipped great distances and stored for longer than ever. In Italy there were new developments in the cultivation, processing and export of tomatoes. This made Italian tomatoes more affordable and widely available for the first time. As immigrants flocked by the thousands to new lands, they often longed for home. We can all agree that familiar foods can offer comfort and connection to your roots. This is likely why pasta and pasta sauce, the now old-world favourite, found its way to new-world dinner plates in such plentiful quantities. The rest, as they say, is history.

So, there you have it. The quite unexpected and very illustrious history of the beloved tomato. Next time you are enjoying a delicious pasta sauce, such as those from Authentica, take a moment of gratitude. For this well-traveled fruit took a long time to become the staple we know and love today. 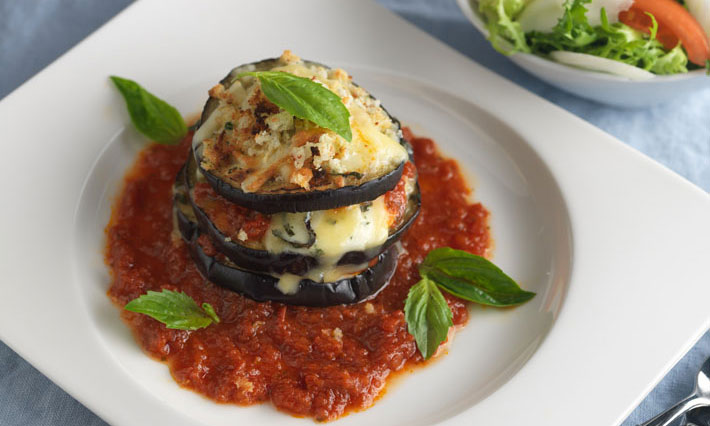